The challenges of facilitating change in resource-poor communities

The problem of gender inequality and gender-based violence (GBV) cuts across class, religion, geographical location, race and ethnicity. All over the world, there are numerous campaigns, projects and programmes that strive to bring about gender justice and human rights in a variety of affected communities. Working in the African context, and particularly in poorer communities and in developing countries, poverty and the need to access resources can sometimes be an impediment to gender transformation.

On the 13th of February 2015, Sonke Gender Justice (Sonke) hosted a close out meeting of the United Nations Trust Fund (UNTF) project which aimed to shift policy on GBV prevention laws and policies and raise awareness of these in Kenya, Rwanda and Sierra Leone. In sum, the project was hugely successful at both the policy level and in terms of behaviour change within communities. As part of the close-out process, partners from all three countries gathered together to reflect on some of the shared successes and collective struggles in conducting the work. Discussions became passionate when talking about the impact money and resources have on implementation. 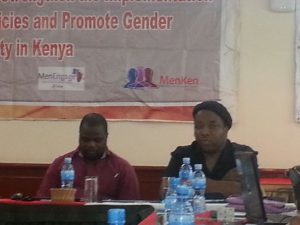 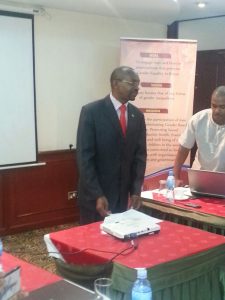 Catherine Githae, Project co-ordinator in Kenya, gave a presentation to representatives from these countries on some of the financial challenges of community engagement in meeting project aims. In addition to having to pay the media to come and cover stories and profile these in newspapers and on television, those working in the community also require a stipend for the time and efforts they have invested.

“When we select Community Change Agents, we have to make sure that their transport costs are covered and that they receive some money for their work, otherwise they cannot attend some of the meetings or visit affected families”, Catherine shared. “And they do have to receive something for their efforts, but now that the project is closing, the question of sustainability comes up,” she continued.

Community Change Agents (CCAs) were a central part of the UNTF project because they worked tirelessly to raise awareness on GBV laws with members of their community, often being called upon at night to handle disputes. Even though the CCAs work with passion and went beyond their targets in all three countries, in a few communities, drop out is expected because CCAs are not able to continue the work without this stipend which is used to support their families. Many of the CCAs are unemployed. 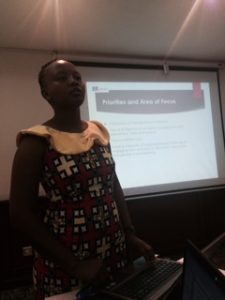 This poses a critical challenge for work in poorer communities, especially when projects are funded by donors and not governments thereby limiting sustainability. Projects bring communities all kinds of resources such as money, knowledge and skills, as well as access to opportunities for employment due to up-skilling, and through newly accessed networks. At the meeting, partners questioned and rigorously debated how this reality affects the success of projects beyond the funded-phase of its implementation and more importantly, how the values that are created are not lost when role models are no longer as active.

The resource costs of working with communities were also experienced in the engagement with policy makers, government representatives and even those belonging to regional bodies like the African Union (AU). Bafana Khumalo of Sonke Gender Justice (Sonke) explained the difficulties of working with high level bodies such as the AU.

“There are very different protocols to be observed when engaging high level people such as representatives of the AU. To get them to attend meetings, you have to make sure that you pay their per diems, some of them have to fly business class, and this is challenging for civil society who have limited budgets with clear donor restrictions.”

For partners gathered for this close-out meeting some clear questions emerged; How do we work in poorer communities in such a way that the work is sustained once implementing partners have left and there is no funding? Is there a way we can work with policy makers and regional bodies so that they do not have to be financially supported to attend meetings or support work that is ultimately for the benefit of this continent and fits within their mandate, roles and obligations?

As international donor funding continues to dwindle, civil society must innovate and find ways of inspiring change in communities while confronting poverty which is often the basis of GBV and other social ills. Civil society must also lobby government and regional bodies to work collaboratively and fulfil their mandates without supporting a system which entices them to do so. As Jean-Claude Butera of Rwanda Men’s Resource Centre (RWAMREC) stated “government needs to be engaged and included for sustainability”. It is indeed time that African governments put more funds towards realising the positive social changes which they have been tasked to create on the continent.