KHOPOTSO: Elias, congratulations on being nominated for the National Diversity and Inclusion and Recognition Awards! Tell us about this award.

ELIAS MUINDI: Thank you very much. This is the third edition of the national Diversity and Inclusion Award for Best NGO on Gender Equality. That is where Kenya MenEngage Alliance has been nominated. The purpose of the award is to celebrate NGOs that run projects or promote programmes that contribute to gender equality and women’s empowerment. So, the national Diversity and Inclusion Awards and Recognition celebrate companies, government agencies, civil society organisations, non-governmental organisations and individuals who champion diversity and promote inclusion at the workplace and society at large. 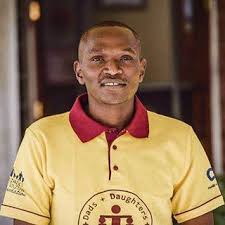 KHOPOTSO: You have been nominated in the category Diversity and Inclusion Award for Best Non-Governmental Organisation on Gender Equality. Tell us about the work that you do in this particular field.

KHOPOTSO: Tell us more about this innovation that you bring around working on issues of gender equality and justice, particularly working with men and boys.

ELIAS MUINDI: Yes, we have a programme that we call Dads & Daughters, where we engage dads and their daughters on ending FGM and early child marriages because FGM is very prevalent. It stands at 21% in the country. So, we decided to have a forum where we can have the dads and the daughters together so that they can share. Dads can listen to their daughters for what they go through, and their expectations and their aspirations in life. We also get the opinions of dads, which is important because in African contexts, dads have immense power at home. When they say FGM or early child marriage will not happen for my daughter, it will not happen. So, we always for commitment of the dads towards supporting their daughters in education and helping them at home and supporting them at school so that they can achieve their dreams.

KHOPOTSO: For how long has the Dads & Daughters programme been running?

ELIAS MUINDI: It has been happening for two years. And most rganisations in the country have replicated it in their programmes. Even programmes in Uganda have also shown interest in it. It is a strategy that is working because dads commit to support their daughters and to support initiatives that promote gender equality.

KHOPOTSO: Which of the programmes that you are running do you reckon might have possibly earned you this nomination?

KHOPOTSO: What does it mean for Kenya MenEngage Alliance to be nominated for this award?

ELIAS MUINDI: It is a privilege for us to be nominated because men have not been involved in initiatives of ending GBV. Now that we are nominated it gives us the opportunity and the energy to work harder towards achieving gender equality. It will also help us grow and create more awareness on matters of diversity and inclusion as well as inspire more actions towards everyday inclusion in the society.

KHOPOTSO: Voting has opened already and it will close on the 28th of February 2020. How can people vote for you?

ELIAS MUINDI: One can go to the awards website www.diarawards.com/vote. We are on the first category of anyone. Just click KenyaMenEngage Alliance and then scroll downwards where there is vote and click on vote. You will have voted for us.

KHOPOTSO: Well done on the work that you have been doing, Elias, and congratulations on the nomination. Hopefully, when we speak with you next time you will have won this award.

ELIAS MUINDI: Thank you very much. Yes, we hope to win this award. 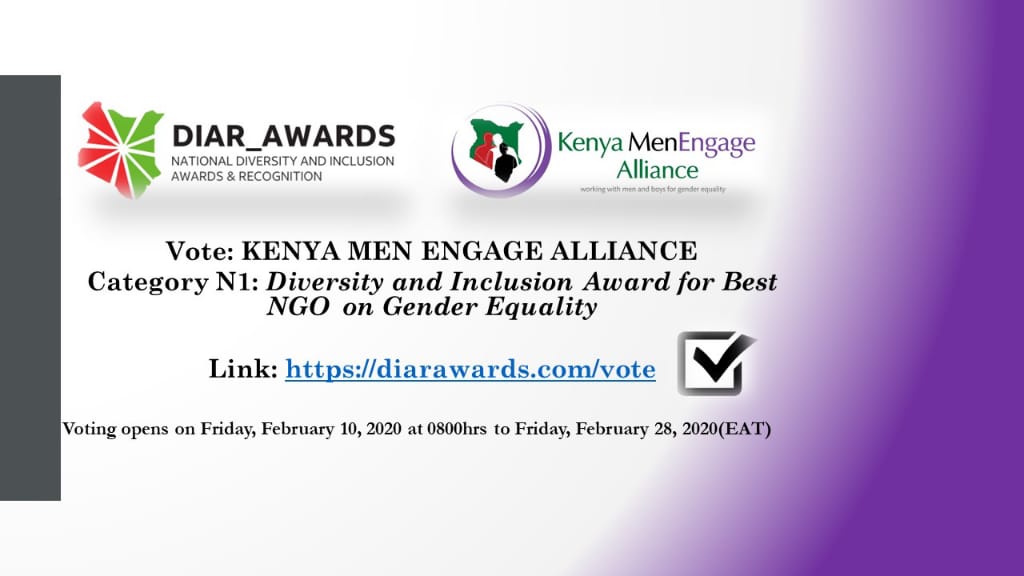