Antiretroviral therapy (ART) programmes in sub-Saharan Africa have been reporting that a disproportionately higher number of women are on treatment compared to men. Compared to women, men are less likely to go for HIV testing, less likely to start ART, more likely to start ART with advanced HIV disease and at older ages – and, thus, they have shorter life expectancies and higher mortality rates on ART.

A lack of health awareness and a chronic unwillingness to adopt a healthier lifestyle puts men at a health disadvantage. In eSwatini, men’s health still lags behind that of women. We have a cultural script about masculinity that tells men they need to be tough, brave, strong and self-reliant. It’s exemplified in phrases like “be a man” and “men don’t cry”. Men learn from an early age that if they don’t act in this tough, hyper-masculine way they will lose their status and respect as men. 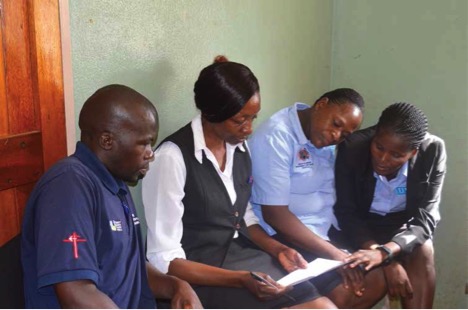 Most men avoid seeking medical attention or delay it until all other options are exhausted. Putting off medical examinations, however, can have far more serious effects on one’s health. While working with men and boys, we have noticed some common attributes of this hyper-masculine behaviour, where Swati men refuse to seek medical attention even when indications are that they need it.

Some of the common excuses that we often get from men are: “I don’t have time. Going to the hospital and waiting in the long queues is a waste of time”, “I often get this and it goes away on its own, so I don’t need to go to hospital”, and “I can’t go there to be attended by a woman.”

Men are often embarrassed about health issues that they feel might reflect on their masculinity. This shows that it is important to engage men about health care and to address the common misconceptions that may be influencing their health care decisions.
Kwakha Indvodza’s ambition is to ensure that men and boys, particularly those in disadvantaged areas and communities, have the information and services they need to live healthier, longer and more fulfilling lives.

One way to reach men is by adapting HIV services to their needs and interests, a strategy that we have used through the Seyetfu Majaha Project, one of our interventions that focus on male health and aims to scale up access to HIV testing, care and treatment as well as to improve treatment adherence to achieve the national targets for HIV prevention and treatment. 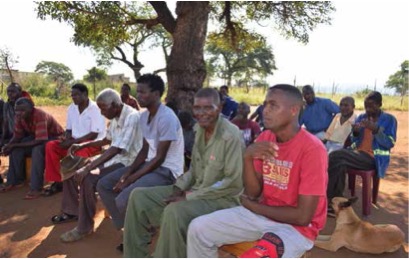 Going to the community or places where men like to be and engaging men about basic facts and transmission knowledge around HIV and other sexually transmitted infections, myths and misconceptions, condom use, Voluntary Medical Male Circumcision (VMMC) and other prevention services has proven to be an effective method in growing the number of men who receive HIV testing and counseling.

Community-based testing is an important component in eSwatini, as statistics indicate that men and boys are less likely to visit the clinic for health services. This strategy will contribute to the country’s vision of ending AIDS by 2022.

Barriers to male health provision reported by nurses in some of the hospitals in the Lubombo region, east of eSwatini, were a lack of male-friendly training among staff and a lack of dedicated spaces for males in their clinics.

Male-friendly health services are a key strategy for improving male health in eSwatini. The Seyetfu Majaha project provides technical assistance to nine (9) facilities across Lubombo to offer male-friendly corners. Working with health care workers in developing strategies to encourage men to access clinics is an effective way of ensuring that existing clinic services are being utilised by men. Whilst dedicated spaces for men are unlikely to be feasible or necessary, all facilities have the potential to be male-friendly in terms of staff attitudes and actions.

Despite men’s often reluctant engagement with health services, most men do care about their health and do respond to messages when the information is presented in formats that appeal to them. Helping to improve men’s health allows men to be more healthy and active citizens who can play a meaningful role in their communities for longer.