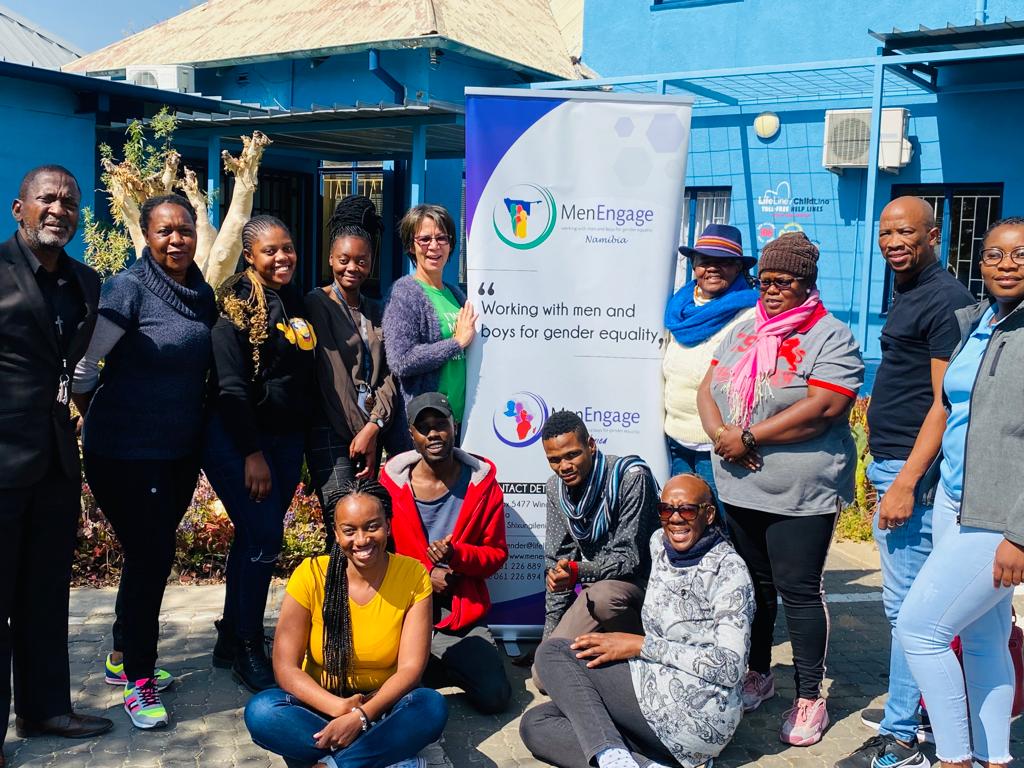 For millions of people around the world, religion and traditions are still important. It can be used to find solutions to achieve gender equality because of its power to shape perception and behaviors in the world.

It is critical to collaborate with religious and traditional leaders to achieve gender justice and put an end to other social ills. Due to their extensive networks and communication channels, religious and traditional leaders are crucial for spreading messages, influencing public opinion, mobilising volunteers, providing financial and advocacy support, and influencing government policy.

Mphokuhle Mabhena-Lunga, a Regional Coordinator at Sonke said that engaging religious and traditional leaders was essential as these leaders hold influential spaces in communities to curb the scourge of GBV.

“Having worked in various programmes that engage religious and faith leaders, I have seen the power that the leaders have in shaping the narrative that either promotes or curbs the scourge of GBV. Communities have so much respect for these leaders such that this ToT will enable the network partners to engage with the religious leaders across Zimbabwe and Namibia with the hope that their influence through positive messaging in their teachings will curb GBV in their communities,” said Mabhena-Lunga

The ToTs were aimed at strengthening the country secretariats Lifeline/Childline (LLCL) and SAfAIDS together with the country networks  MenEngage Namibia and MenEngage Zimbabwe network members to have strengthened capacities to coordinate, implement, enhance, and scale up their gender transformative approaches to Gender Based Violence (GBV) prevention and gender equal parenting through engaging these leaders.

“The capacity building process not only provided new knowledge and skills but a different perspective on how we can work with our religious and traditional leaders, says Joseph Njowa

Programs Manager at My Age Zimbabwe.

“One of the key lessons that came from the training was how we need to approach our leaders with an open mind and not impose solutions to them but rather start from the problem and work with them to arrive to a solution. Garnering support from the traditional and local leaders has so far proved to be the best strategy as we work our way to engaging the Catholic Church leadership”,  Njowa added.

The ToT was followed by a 3 day Policy Processes training for the network members that was aimed at empowering LLCL and network members to have strategies on influence on the development, implementation and monitoring of national and regional laws and policies that promote gender transformative strategies for gender equality and GBV prevention. Participants were able to link the ToT on engaging religious and traditional leaders to how these influential members in our communities could influence policies that Namibia has signed into to, or those that are still being drafted, to be put into action.

Following the training, the secretariats and network partners created workplans that will target the involvement of religious and traditional leaders in different regions throughout Zimbabwe and Namibia. The network members who participated in the ToTs will carry out the engagements in the hopes of reaching more leaders who can aid in containing the scourge of GBV.

In order to raise awareness about GBV within the religious institution, as well as to promote positive fatherhood and end early child marriages, which are common within this sectetor, INERELA Zimbabwe committed to incorporating the materials and messaging learned from this ToT into a training of 500 Marange Apostolic Faith sect male members, which took place the day after the Zimbabwe ToT.