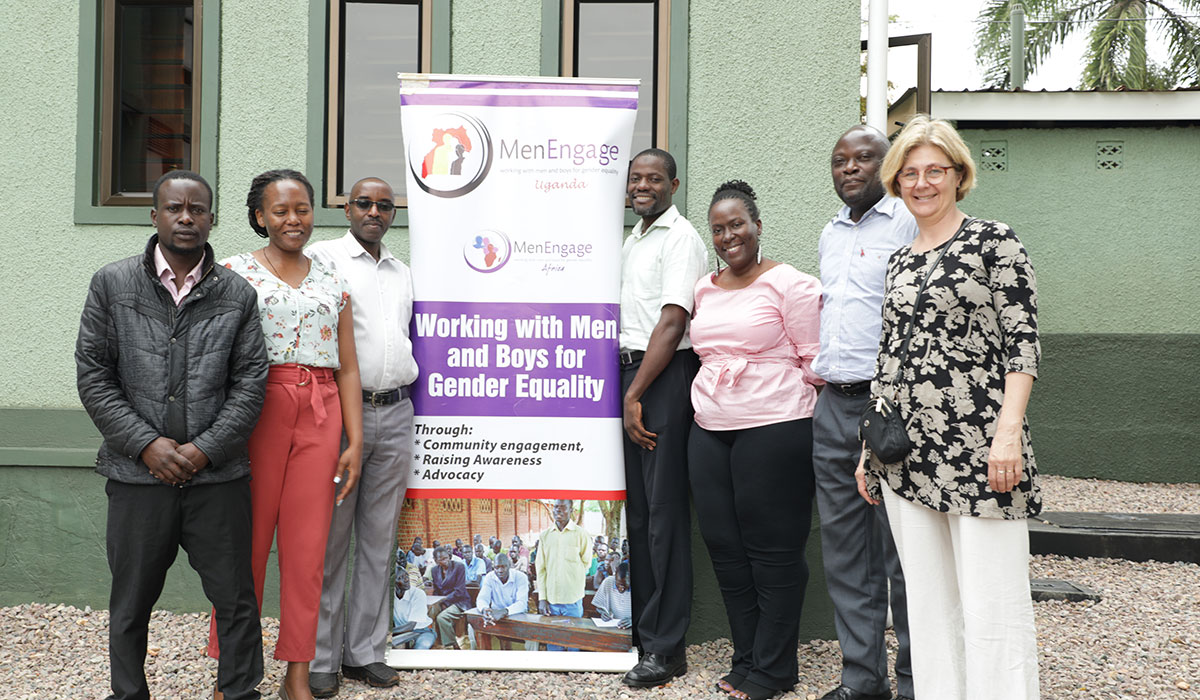 The MenEngage Network in Uganda and Sonke Gender Justice welcomed delegates from the Swedish International Development Agency (SIDA), led by Ms. Annika Lysen, on May 9th and May 11th, 2022. The three-day visit began at the Sonke Gender Justice Offices in Uganda, with the MenEngage Uganda country coordinator, youth country coordinator, and thematic group leads sharing extensively how they participate in network activities such as resource mobilisation, activity implementation, capacity building, and training sessions, among others.

The overall objective of this visit was for Ms. Annika to interact with the MenEngage Africa country network and get a better understanding of how operations are managed at grass-roots level with network members.

During the meeting, the MenEngage Uganda country director highlighted some of the network’s most outstanding work, including fathers and daughters work, from which some fathers became role models in their communities, and the establishment of a parenting agenda. He also mentioned the network’s strong relationships with key stakeholders in the country, such as the Uganda Inter-religious Council, the Feminist movement in Uganda, UN Women, Makerere University Uganda, the Ministry of Gender, the Ministry of Health, and the Buganda Kingdom, which has facilitated its work with men and boys.

“The Visit from Sida gave a boost to the MEA country network in more ways than one. Annika was able to connect the dots between MenEngage at global, regional and national levels. The visit provided an opportunity to create connections with the Swedish embassy in Uganda, creating synergies with country level Swedish funded Programmes. We look forward to future opportunities of hosting more colleagues from the head office.”- Mabel Sengendo Nabaggala

Ms. Annika praised the work of the organisations affiliated with the MenEngage Uganda, as well as the outstanding work of the MenEngage network Uganda in coordinating its members to achieve the strategic plan.Ms. Annika had this to say after concluding her visit to Uganda:

“I am impressed by the large number of members, which shows that MenEngage really has a great capacity to mobilise and engaging people of all gender. It was very interesting to learn how the different thematic groups take their respective responsibilities and at the same time make sure that there is a holistic approach.”

She also mentioned that she had gained a better understanding of the MenEngage global, Africa, and Uganda partnerships. She emphasised the strong relationship between these alliances and the flow of work from global to grassroot organisations in Uganda. Furthermore, Ms. Annika appreciated how the country network operates through thematic groups led by selected organisations, as well as the inclusion of key populations at all levels, particularly in the country network leadership structure.