Secretariat of ME Botswana selected to participate in 2016 Mandela Washington Fellowship for Young African Leaders. 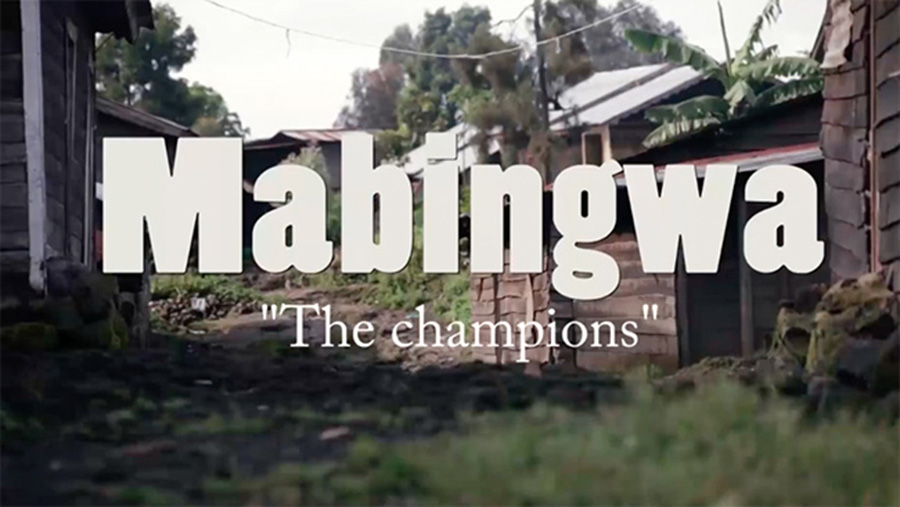 Mabingwa “The Champions”, is a movie of change showing work done to promote gender equality, positive fatherhood and non-violence in the Democratic Republic of Congo. The movie was commissioned by the Congo Men’s Network, one of 17 alliances in the MenEngage Africa network, which Sonke co-ordinates in our work with men and boys to foster […]

State of the World’s Fathers: Being a Father 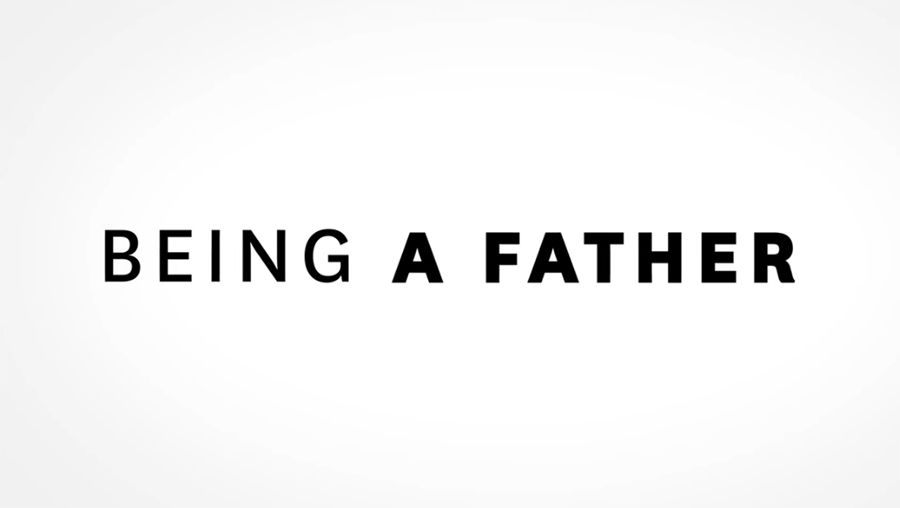 Ahead of this month’s release of the inaugural State of the World’s Fathers (SOWF) Report, Sonke’s Demelza Bush and Khopotso Bodibe asked South Africans what fatherhood means to them. From paternity leave, to sharing the care-work, men, women and children shared their views about why fathers matter in a country where more than half of the children are growing up without a father present in the home. In addition the global SOWF video, this South African SOWF video will be broadcast at the Africa launch of the SOWF report in Nairobi this week.

Sonke, the Co-Chair of the MenEngage Alliance, celebrates a successful global symposium that was held earlier this month in Delhi. From November 10-13th, nearly 1200 delegates from 94 countries attended the 2nd Global MenEngage symposium and on November 14th, the MenEngage Global Assembly met in Delhi, India. In her opening plenary speech at the symposium, […] 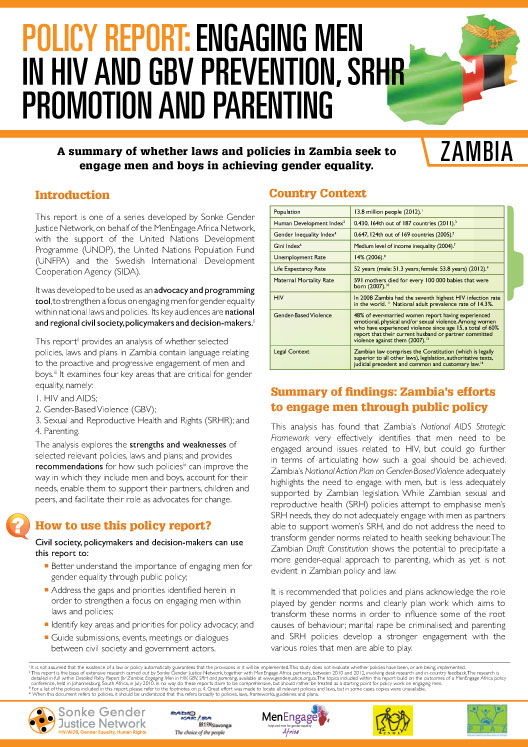 The analysis found that Zambia’s National AIDS Strategic Framework effectively identifies that men need to be engaged around issues related to HIV, but could go further in terms of articulating how such a goal should be achieved. Zambia’s National Action Plan on Gender-Based Violence adequately highlights the need to engage with men, but is less […] 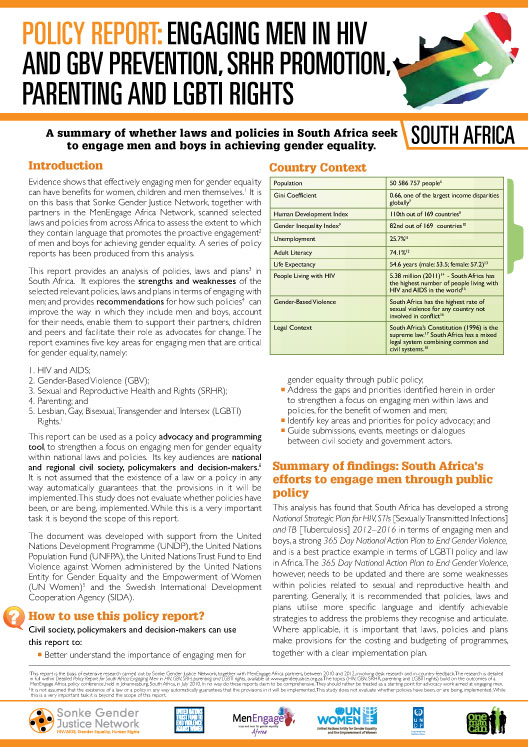 The analysis found that South Africa has developed a strong National Strategic Plan for HIV, STIs and TB 2012–2016 in terms of engaging men and boys, a strong 365 Day National Action Plan to End Gender Violence, and is a best practice example in terms of LGBTI policy and law in Africa. The 365 Day […] 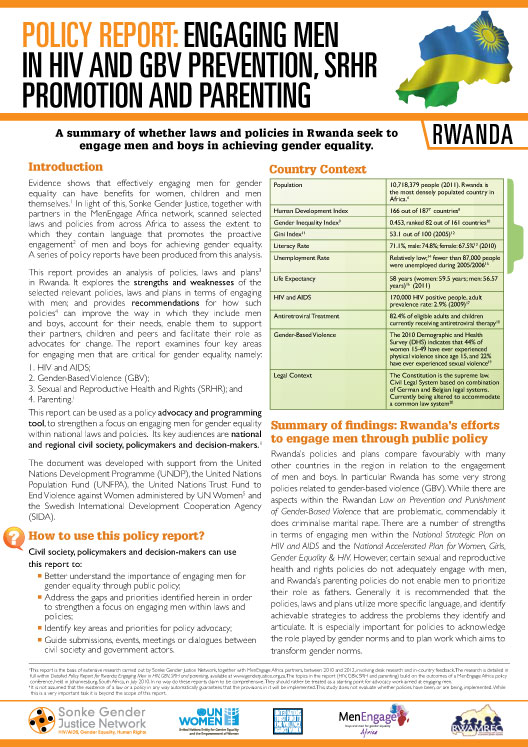 The analysis found that Rwanda’s policies and plans compare favourably with many other countries in the region in relation to the engagement of men and boys. In particular Rwanda has some very strong policies related to gender-based violence (GBV). While there are aspects within the Rwandan Law on Prevention and Punishment of Gender-Based Violence that […] 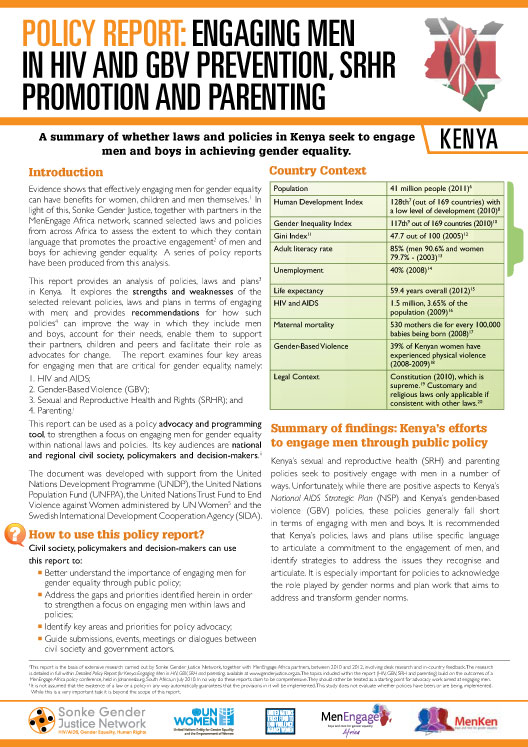 The analysis found that Kenya’s sexual and reproductive health (SRH) and parenting policies seek to positively engage with men in a number of ways. Unfortunately, while there are positive aspects to Kenya’s National AIDS Strategic Plan (NSP) and Kenya’s gender-based violence (GBV) policies, these policies generally fall short in terms of engaging with men and […] 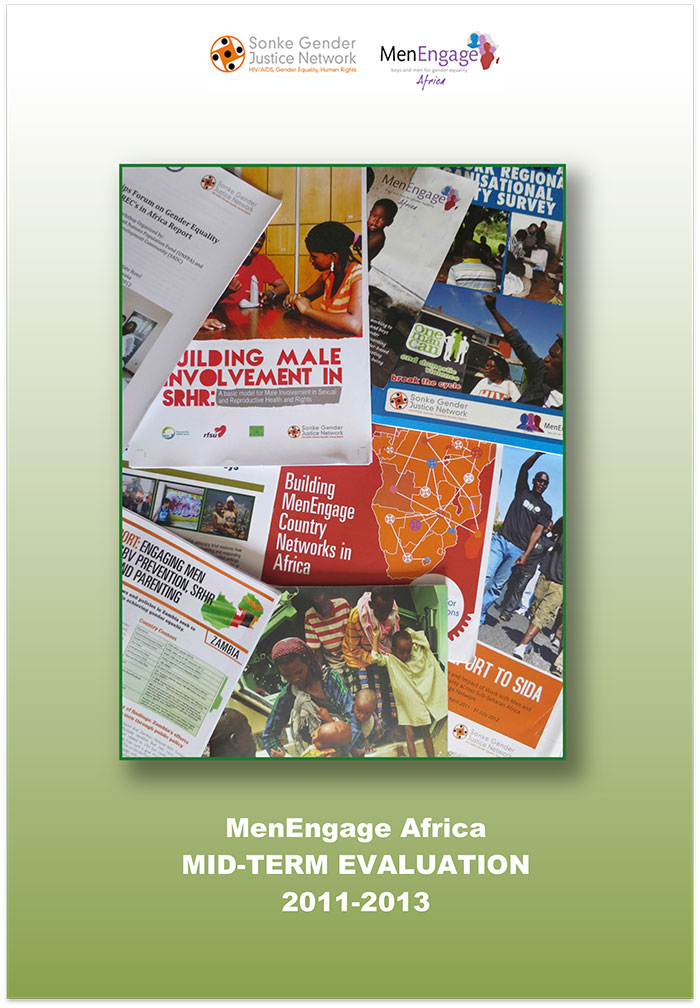 MenEngage is a global alliance of non-governmental organisations (NGOs) located within the global south and north and United Nations (UN) agencies that was established in 2004. MenEngage Africa (MEA) has been supported by funding by the Swedish International Development Cooperation Agency (Sida) and the Oak Foundation through Sonke Gender Justice Network (Sonke) since 2011. The […]

Sonke Gender Justice and MenEngage Africa are conducting an International Men and Gender Equality Survey (IMAGES) in the Eastern part of the Democratic Republic of Congo (DRC) and in Malawi – in close cooperation with national partners such as Congo Men’s Network (COMEN) and the Parent and Child Initiative (PACHI). IMAGES is a quantitative and […]

Men and Gender Equality: Between the Urgency and the Confusion 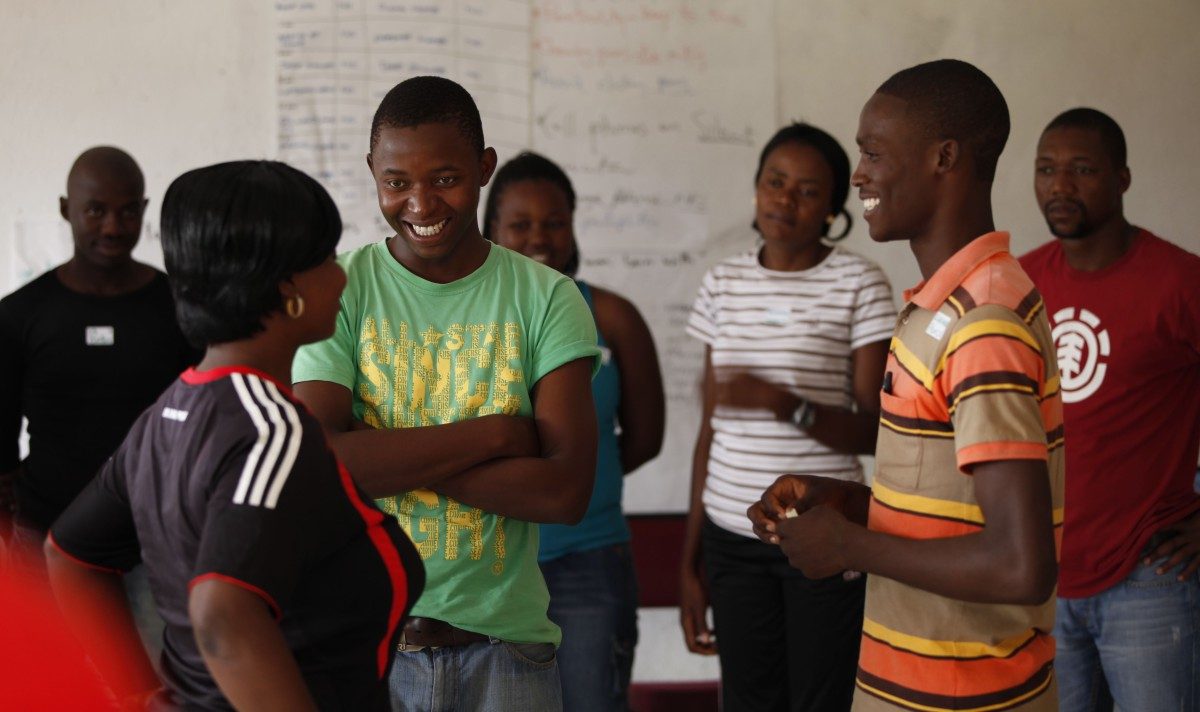 Dr Gary Barker’s Helen Joseph Memorial Lecture, University of Johannesburg – 10 August “In the Folger Shakespeare Library in Washington, DC, there is a collection of manuscripts and folios written by and for midwives in 17th Century Elizabethan England. They include the herbal remedies and treatments of ailments of the time that were passed from […]