#ArudiShuleni: Joint Statement by a coalition of civil society organisations on re-entry to school for girls after they have given birth

Civil society representatives, parents, citizens and community members all speak out to defend the rights of Tanzania’s young girls.

We, a coalition of civil society organisations in Tanzania, cannot remain silent on the issue of re-entry to school for young girls who become pregnant while they are students. Our motivation is the girls themselves, their quality of life and the opportunities they have to progress. Women and girls make up 51% of the population so the question of what happens to them and their children is one that affects all of us. We also recognise the disproportionate effect that women have on the communities around them – educating young girls brings economic and social benefits to the whole country. 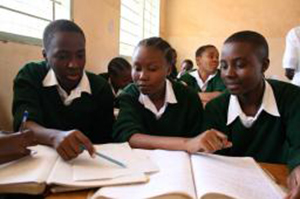 We further recognise that young girls in the country face numerous challenges in education including the distance to school, the facilities available for them and the lack of a supportive environment at home. All of these and others contribute to young girls failing to complete their education.

We, as representatives of civil society but also as parents, citizens and community members, are speaking out to defend the country’s young girls, and we ask the Government to listen.

What the people say

Tanzanians want a re-entry policy. A large majority of citizens (71%) are in favour of girls being allowed to continue with their education. Sauti za Wananchi (2016) found that 62% think girls should be allowed back into their original school after giving birth, 7% think they should continue education while pregnant and 2% think they should go back to study in another school. Why do public views matter? Because these taxpayers are paying for the public education.

What officials, promises and policies say

High-ranking government officials from the ministries of health and education publicly committed the government to introducing policy guidelines on this issue. Even the 2015 elections manifesto of the ruling Chama cha Mapinduzi party pledges to allow pregnant schoolgirls to continue with their studies. The Education and Training Policy (2014) also makes reference to removing barriers to schooling.

What the laws say

The laws of the United Republic of Tanzania clearly define a child as a person under the age of 18, with no exceptions. Children in Tanzania are guaranteed the right to education by the Constitution and the Education and Training Policy (2014), among others. The rights and protections offered to children, including the right to education, therefore must be available to all those under this age, regardless of parental status. The law is unequivocal on this issue.

What the girls say

Young girls who become pregnant while in school are neither immoral nor criminal. Young mothers are disproportionately from rural areas, poorer households and are likely to be uneducated. According to our own laws they are victims of the crime of rape, just by the fact of being under 18. Research shows that 3 out of 10 young girls report that they were unwilling participants in their first sexual experience (UNICEF, CDC and MUHAS, 2009). More than half of those who experience sexual violence in childhood report that the perpetrator is someone with power over them, a neighbour (32%), an authority figure (15%) or a relative (7%). Young girls also face more challenges in accessing education than young boys even without the question of expulsion for pregnancy. Most of these young girls have already suffered, denying them the right to continue with their education adds to their hardship.

What the community gains

Educated mothers bring benefits to all of society. They are more likely to give birth in health facilities and with the support of a skilled birth attendant than their peers with no education. This could play a significant role in reducing the burden of infant and maternal mortality. Children whose mothers are educated also show better learning outcomes than children whose mothers have no education.

On the other hand, failing to educate young women and girls can bring negative consequences. Uneducated mothers have more difficulties in raising their children – financially, emotionally and physically. They are less likely to be able to find jobs meaning they will come to depend on the government or their community. And their children are also less likely to be able to succeed in life to their full potential.

What our neighbours say

Neighbouring countries like Kenya have re-entry policies – we can learn from their experiences. In Zanzibar, since 2010 girls have been allowed back into school after giving birth as a strategy for reducing the number of dropouts. In these countries that offer girls the option to return to school, there is absolutely no evidence of an increase in student pregnancies as a result of young mothers being in school. In Zanzibar, the rate of adolescent pregnancies is 8%, much lower than on the Mainland where it is 27% (Tanzania Health and Demographic Survey 2015-6).

We know that the fifth phase government is deeply committed to development of the nation, and that they care especially about those who are poor and vulnerable. We know that this government will not rest even if there is one girl who remains uneducated. So, we request the government to look into this matter further and recommend the best way forward.

We also request that the public and policy debate about this issue be allowed to continue. Researchers, media, civil society organisations, citizens, religious leaders and others all have inputs to provide on this question. Their views and wisdom should be considered. Matters of public interest require public debate to find the best way forward for all.