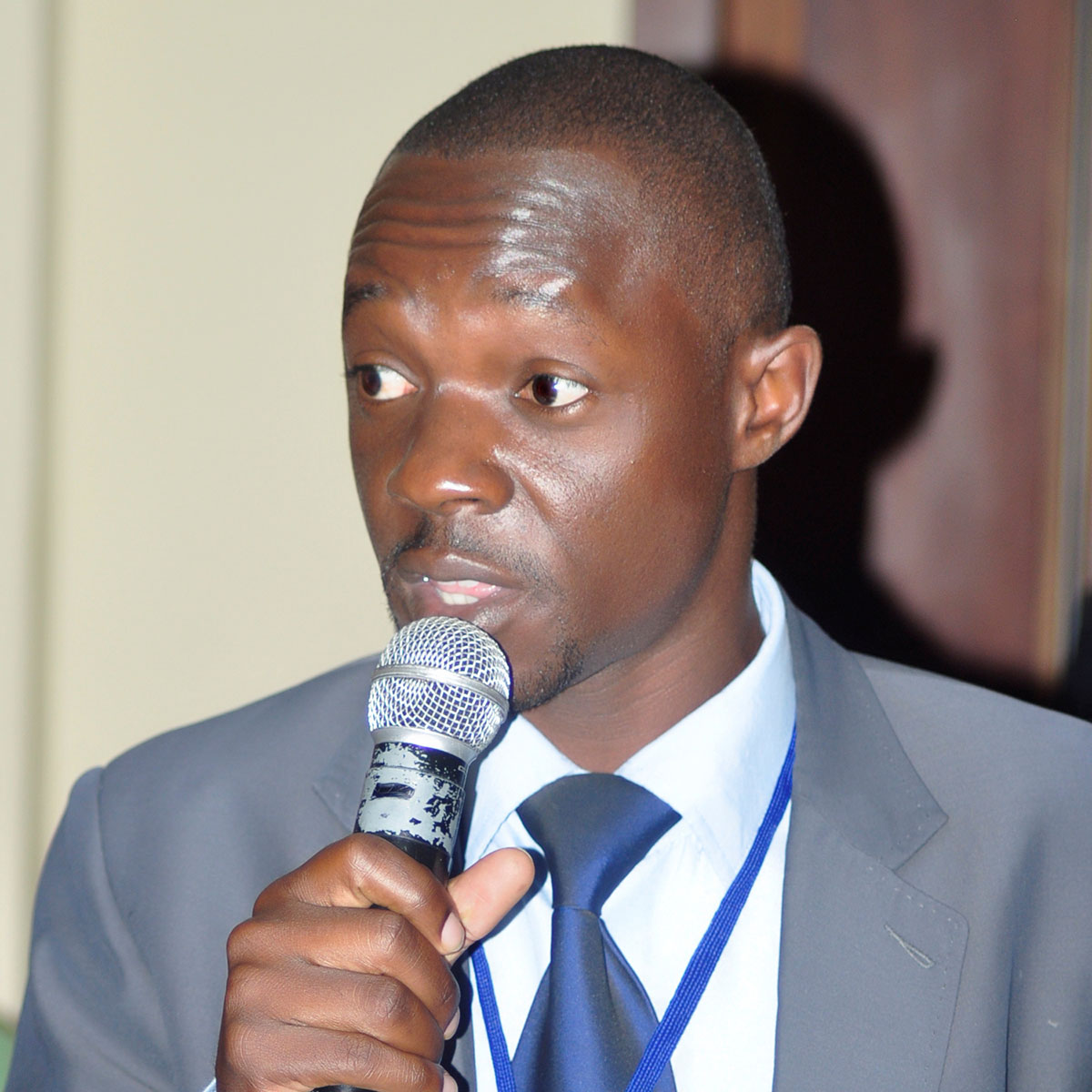 Congratulations to Kayinga Muddu Yisito, a member of MenEngage Uganda who has been nominated for the 2022 EU Human Rights Defenders Award.

The European Union in partnership with the Embassy of Norway introduced the shortlist for the EU Human Rights Defenders Award 2022. The winner of the award will be announced during a rite in Kampala hosted by the Embassy of Belgium on 23rd May 2022. Following this notable announcement, We spoke to, Kayinga Muddu Yisito to learn more about his nomination and the work he does as human rights defender.

Congratulations on your Human Rights Defender nomination. What does this mean to you?

I am filled with joy and energy to reinforce my commitment to defending and protecting the rights of vulnerable people and marginalised communities. I never expected my grassroots efforts recognised by EU in Uganda.

What led you to become involved in human rights advocacy?

My passion stems from my own life story. I am a living example of affirmative action for orphans and vulnerable youth. Having lost my father at a very early age, I almost failed to go through school, just like many other orphans and vulnerable youth in Uganda fail to access education opportunities and steadily join the shackles of ignorance, poverty, disease, and social injustice.

The education of the world’s children is high on the global agenda. In the context of education for all (EFA), all children should receive a free, good-quality education. The reality is that millions of the world’s children are too poor to benefit from the declaration, unless there are special interventions that target their development. Such children do not form a special social category in poverty eradication intervention programmes.

I love working with vulnerable children and marginalised groups and my vision of supporting needy children and adults inspires me greatly.

People’s rights have been violated by politicians and government officials in recent years and months. How can we safeguard the rights of citizens and hold their political leaders accountable?

Uganda has a serious lack of respect for human rights and fundamental freedoms. There is a little room for political pluralism in Uganda. The establishment cannot defend the person and his/her basic rights are under sustained attack.

Problems to be addressed

There is a lack of support services to help the target groups and beneficiaries overcome barriers such as: identification and implementation strategy and laws; preparing of legal documents; organizing the logistical chain; etc. In every second there are much more violation on human rights by the department of police, bureaucrats and they are making self-made laws and violated the human rights of target and beneficiaries’ group.

As the front-line human rights defender, Community Transformation Foundation Network (COTFONE) ought to think forward and forge a way forward for network of community monitors with or without other partners. East African Crude Oil Pipeline (EACOP) affected in Uganda directly aims at strengthening the position of civil society organizations, human rights defenders and beneficiaries’ groups through proper logistics plan and programme. It is always possible to share experiences and gains from the local meetings which are being undertaken during our operations.

What are your thoughts, as a human rights defender, on the Ugandan Communications Commission’s order to internet service providers to block social media access two days before the elections on January 14, 2021?

That was a serious lack of respect for human rights and fundamental freedoms of citizens by the Government of Uganda. That action in itself denied citizens their civic rights to freely participate in electoral process leading to election date.

Your experience in this field is extensive. Tell us about your proudest moment as a human rights defender.

When EU Uganda Office informed me about being shortlisted for the 2022 EU Human Rights Defenders Award based on my Grassroots Human Rights Advocacy work around the impunity within the East African Crude Oil Pipeline project (EACOP) in Uganda.

Currently, Africa faces a lot of challenges, but which one should we prioritize and eliminate immediately?

Corruption, in Uganda, majority of the population continues to live on the wrong side of the road to growth, while 10% of the population continues to own 35.6% of GDP. From 2017 there is increasing poverty of 19.7% to 21.4% in 2021 due to swindling and corruption scandals by a few elites attached to current region in power in Uganda leading to violations of human and environmental rights through disguised foreign investors.

Why should we engage men and boys for equality?

Men and boys tend to perpetuate inequalities, and thus they can be a solution to the problem, given that in more equal countries, people are generally happier and healthier. There is less crime; there is more creativity; there is more productivity; and, overall, there is higher real educational attainment. in addition to gender-neutral participation in all aspects of societal development

What are some of the challenges you’ve encountered as a human rights defender?

Throughout my work as a human rights defender, I have experienced intimidation, harassment, and attacks on our offices. On March 12th, 2022, at approximately 1am, two unknown people attacked the COTFONE Secretariat Staff Quarters in Kiwangala, Lwengo District, and jumped over the brick fence to enter the staff house. One staff member who was alerted by the dog, began watching from the window and raised an alarm, alerting fellow colleagues in the staff quarters and neighbours, forcing the attacker to jump out and flee.

Despite many challenges I’ve faced, this has bolstered my motivation to keep working as an activist despite attempts to stymie our efforts.

How would you celebrate if you won this award?

If I win this award, I will dedicate it to all suffering people affected by the East African Crude Oil Pipeline and other Oil Developments in Uganda. Together with grassroots Human and Environmental Defenders with Albert Graben and Central Uganda, we will co-launch the first indigenous grassroots Human Rights Defender Network (Uganda Grassroots Defenders Coalition), a loose network to be formed to respond in appropriate time to needs of grassroots human & environmental rights defenders working in oil and gas affected regions in Uganda under intimidation and Harassment. It will be composed of project affected persons, grassroots organizations, community networks and independent defenders/activists. The coalition will act on behalf of individuals or group of Environmental and Human rights defenders as well as project affected persons facing threats and intimidation. The support to be provided by the coalition will include Legal & medical support temporary relocation facilities, psycho-social support/counselling, capacity building in digital security and Advocacy & Lobbying. The coalition will also build the capacity of grassroots Environmental Human Rights Defenders (EHRDs) to keep monitoring violations in more safe way and also the protection mechanisms that helps to promote narratives on the good work of EHRDs in Uganda.